At present, the national standards for moisture permeability testing are:

The hygroscopic method is the so-called desiccant method (calcium chloride method), and the evaporation method includes the method A cup method and the method B cup method. 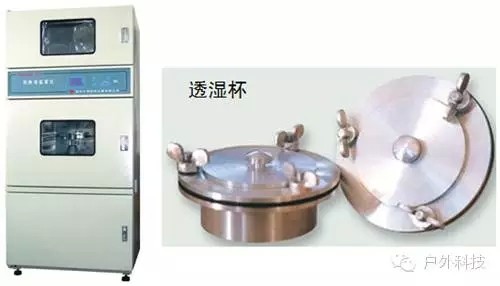 The main difference between moisture absorption and evaporation

Hygroscopicity method: The moisture-permeable cup mouth is up, inside place the desiccant, under the condition of constant temperature and humidity, namely: The temperature (38Â±2) Â°C, the relative humidity (90Â±2)%, measures the weight change of the desiccant.

Evaporation method: Distilled water in a moisture-permeable cup is measured under constant temperature and humidity conditions, namely: temperature (38Â±2)Â°C, relative humidity (50Â±2)%, and the change in the weight of water is measured. 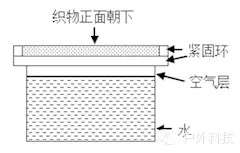 Method B cupping method: When the test cup down, the water directly contact with the surface of the sample, eliminating the diffusion resistance of the air layer inside the cup against the water vapor, prompting the film or coating on the water absorption, speed up the moisture permeability, so measured The resulting moisture permeability is greater than the positive cup method. 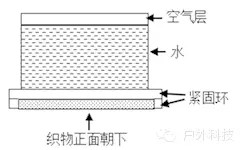 Similarly, experiments have shown that if a coating or film product is used, the added weight of the desiccant is usually less than the weight of the water in the cup, and thus the moisture permeability obtained by the evaporation cup is relatively greater than that of the moisture absorption cup.

The scope of application of the standard

In general, according to the size of moisture permeability, the order of evaporation: moisture absorption method, cupping method, positive cup method.

The evaporative method of the positive cup method is similar to the moisture permeability of the clothing worn by the human body during resting and small movements. At this time, the human body sweats less. The cupping method is closer to the body's moisture-permeating condition in the state of strenuous exercise, when the body discharges more sweat.